The work concerns two gardens adjacent to each other as outdoor spaces of a Tuscan former farmhouse that had been divided into four residential units. The project was based on the need to make the two areas more usable by car and parking, equip the two residences with relevant spaces and transform the site, respecting the local landscape, into a country garden characterized from dry stone walls, very gentle terracing degrading from the local road upstream towards the lower altitudes, vegetation in assonance with the surrounding one (oaks, field maples, olive trees, rows of vines, etc.) and with the characteristics of the soils and the hydraulic systems to improve the natural instability of the slopes.

The building appears in an old photo taken from the book La casa colonica in Toscana by G.Biffoli and G.Ferrara (Vallecchi Ed. Florence, 1966). The image of that 1966 landscape has definitely changed over time in accordance with the new residential uses. Before the works, the area appeared as a “part of urbanized countryside” which had not only lost its original characteristics, but rather it was fragmented and altered by various works  for new roads, fences, installation of technological systems, electrical and telephone networks, etc.The projects  involved two distinct areas of the same property.The first was the subject not only of an internal restructuring, but also of a radical arrangement of the outside part  as a new garden-courtyard of about 2,600 square meters.The other area (2,500 sq m) was designed in 2012 in continuity with the 1998 garden project with a flat space around the house, well usable both as a garden and as a driveway space, marked by two dry stone walls that continue as an extension of those of the adjacent garden. The project for the second house also provided for the displacement of the existing access to the house and the construction of a new entrance door (as per the original conformation) with some steps: this element was an opportunity for the redevelopment of both the house and the surrounding spaces. 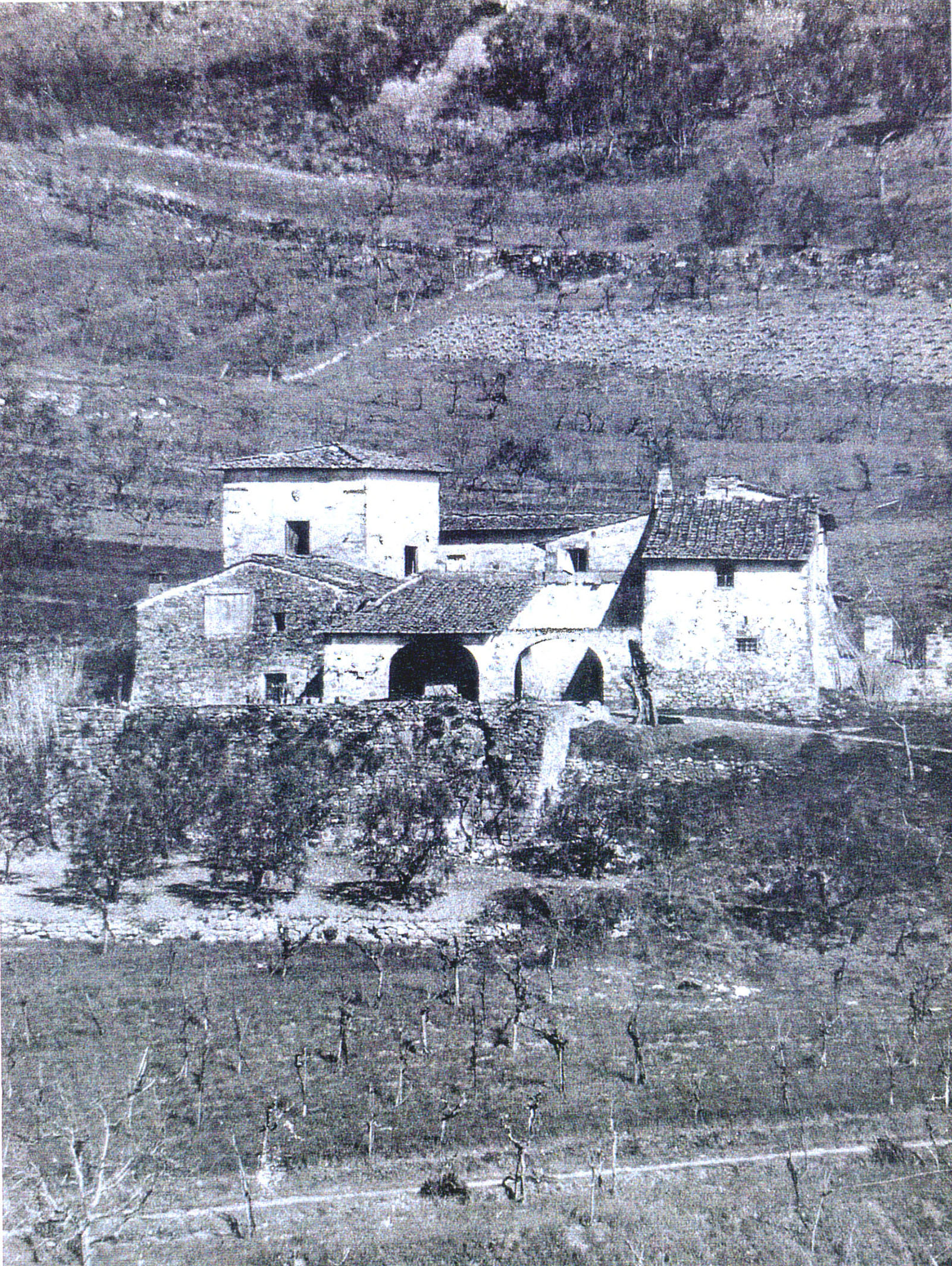 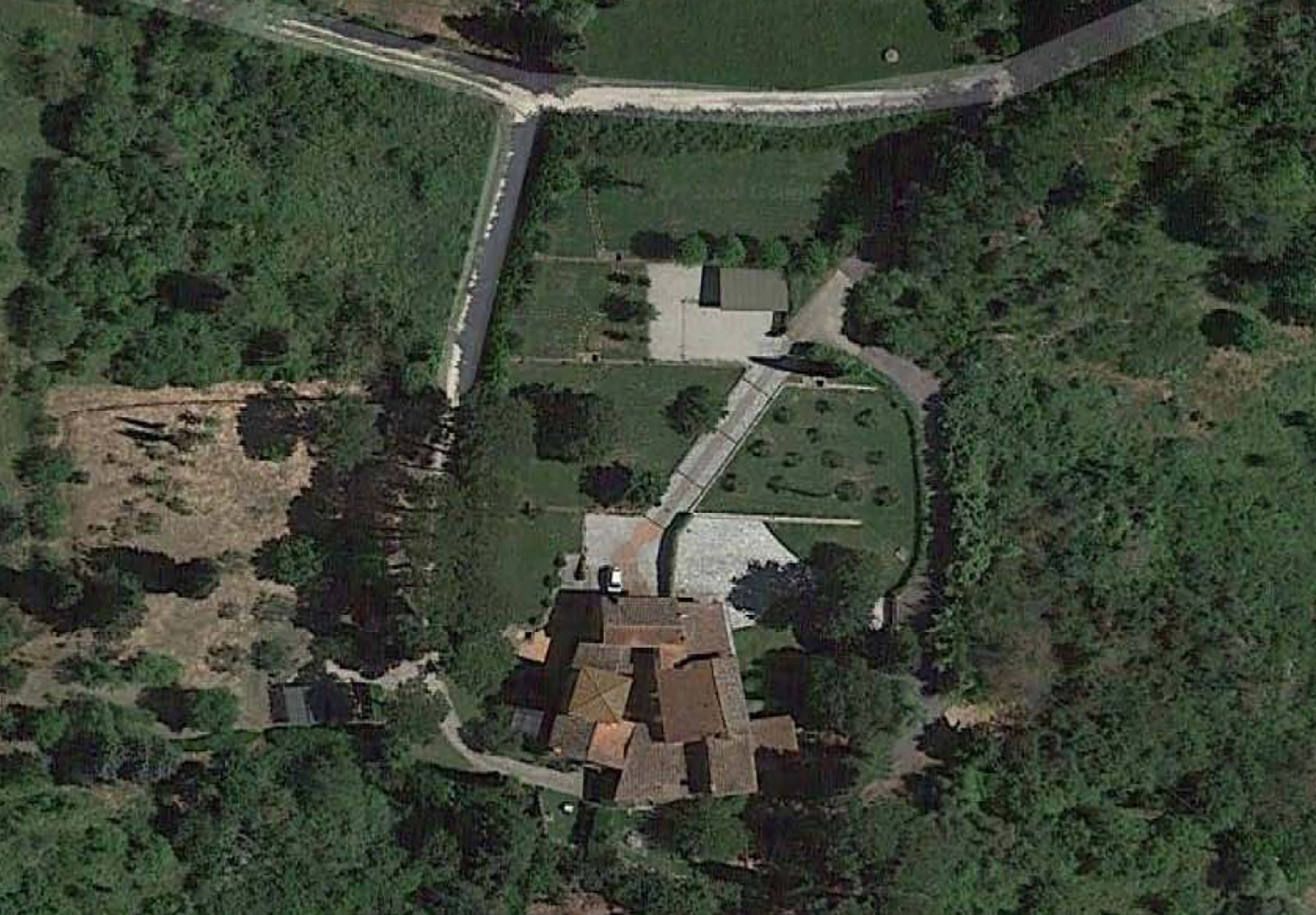 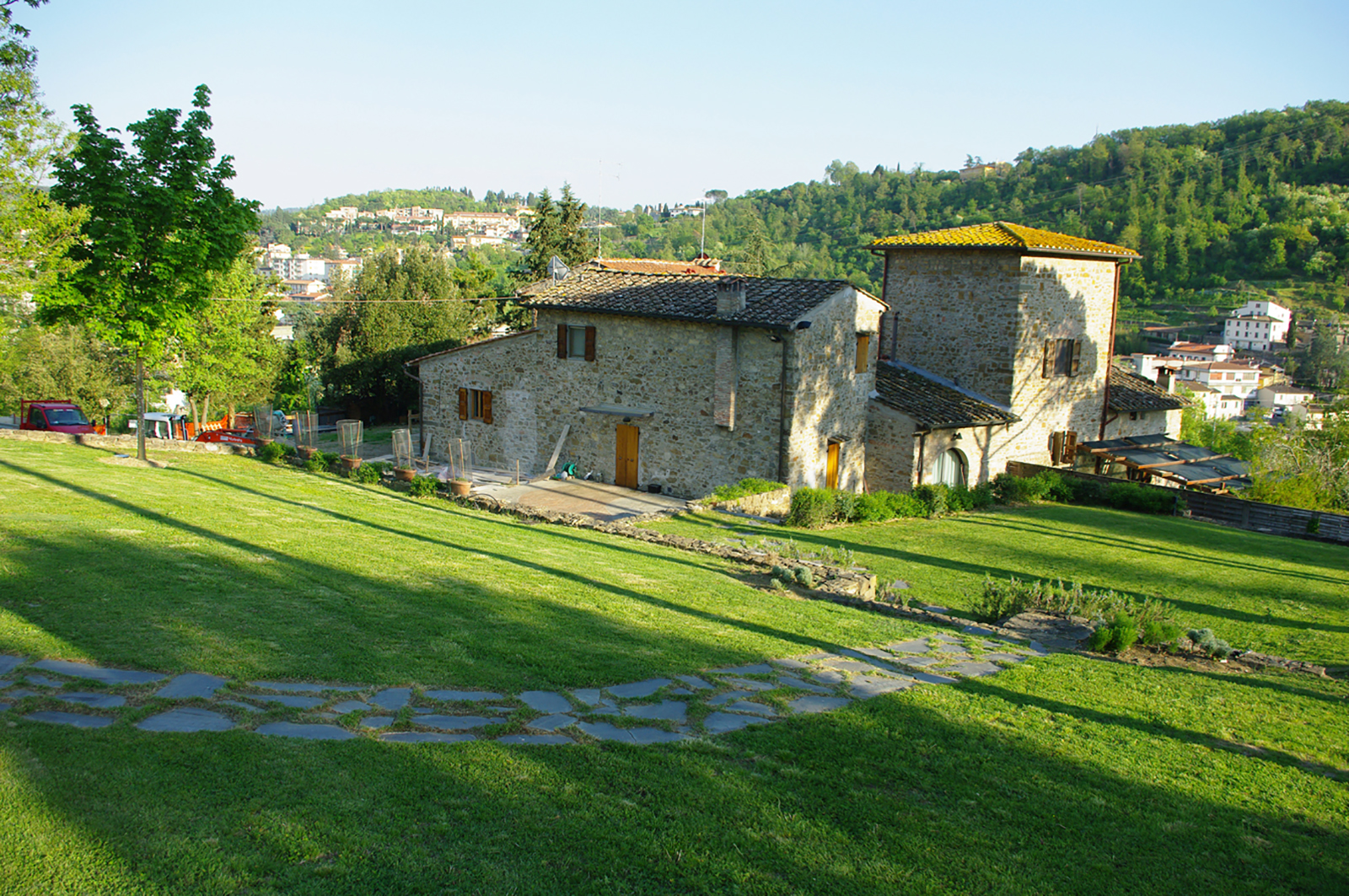 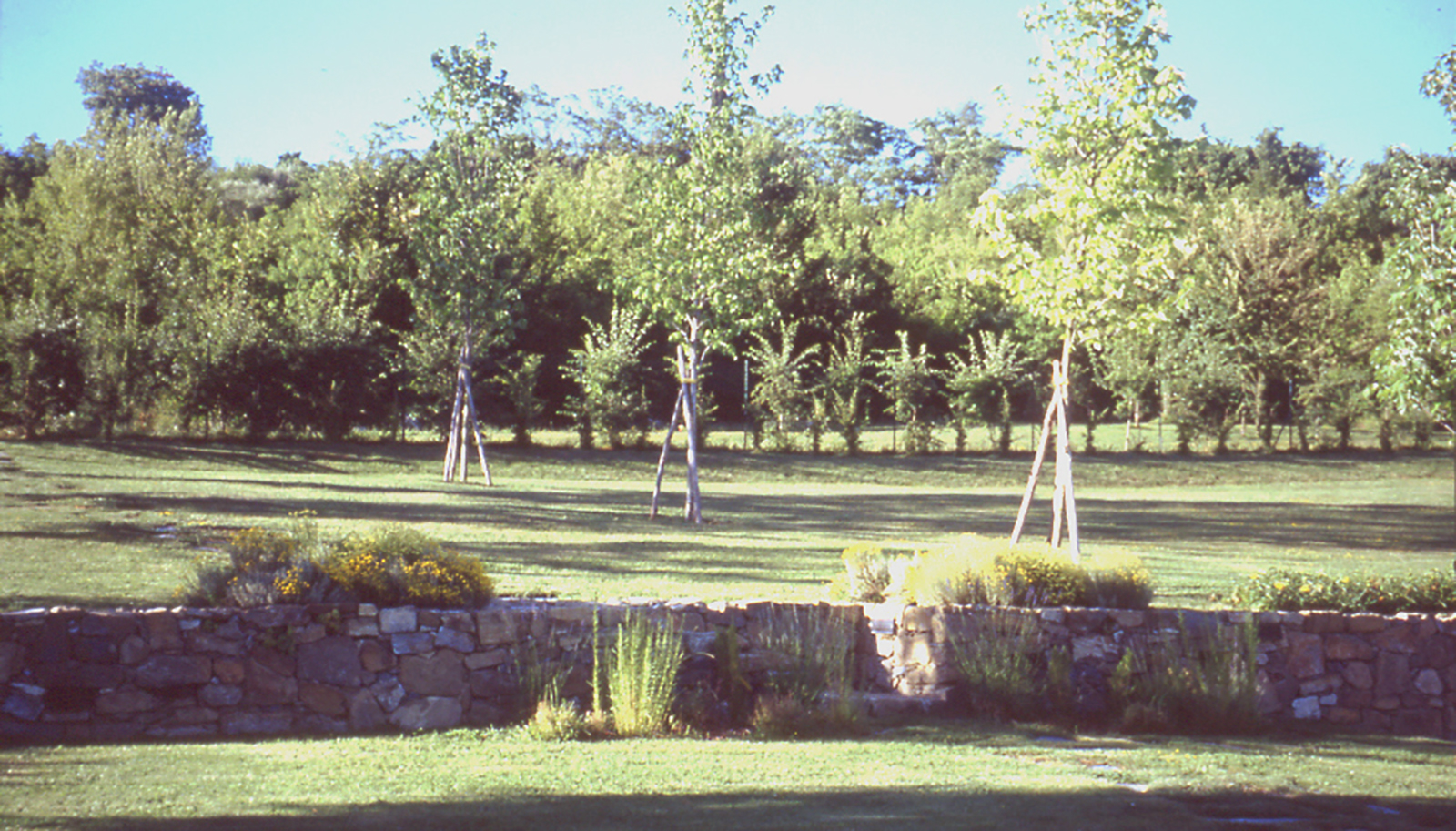 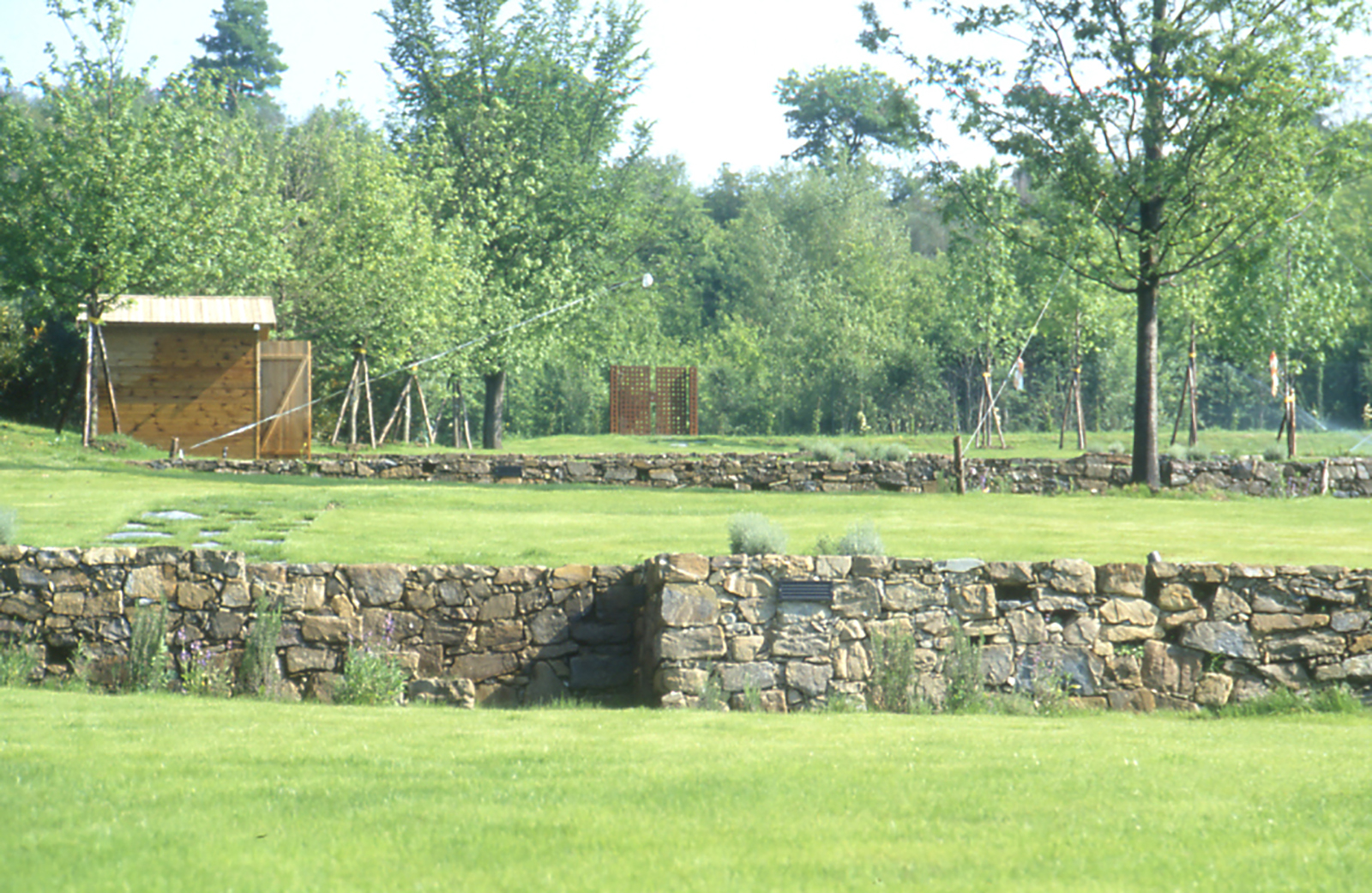 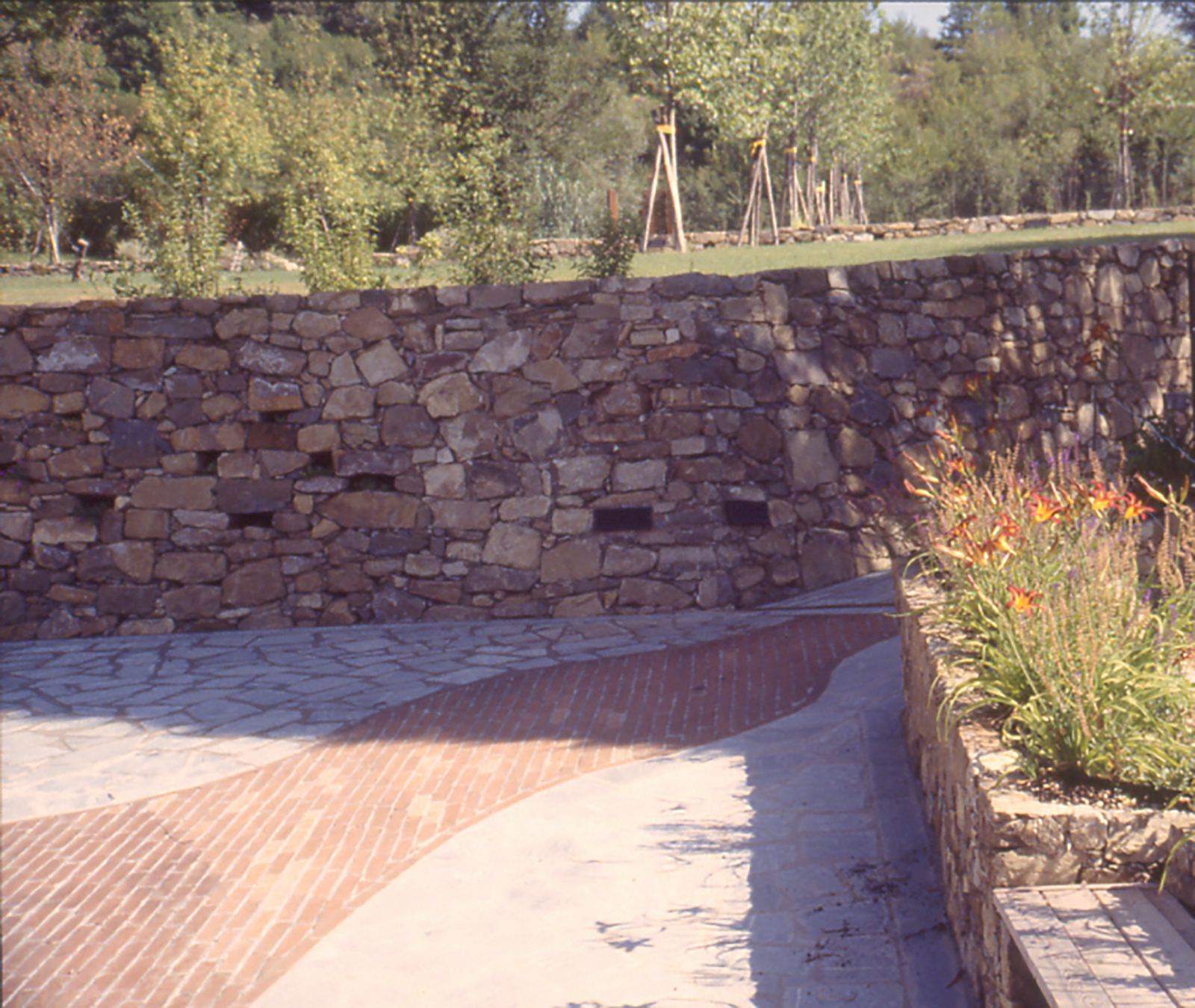 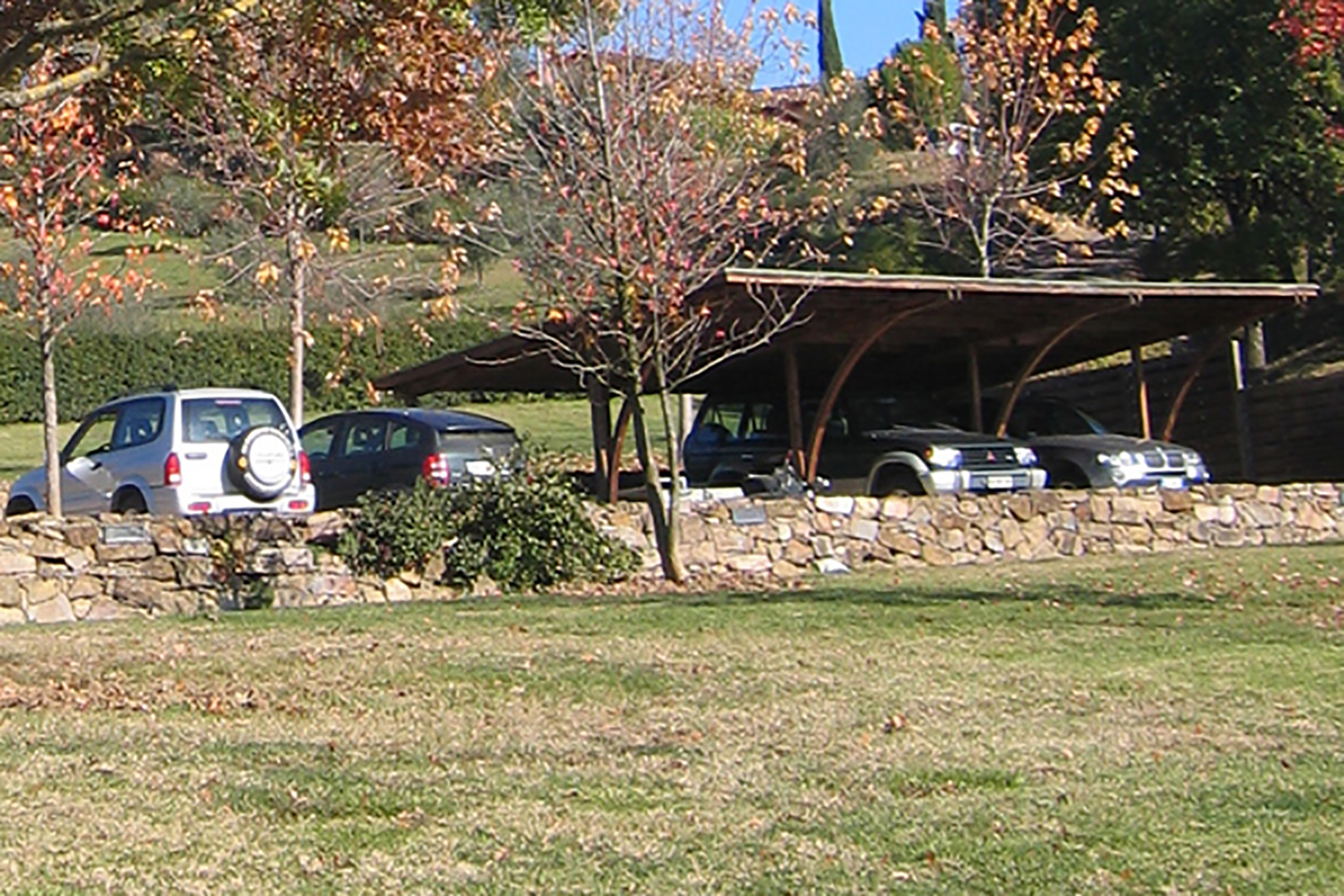 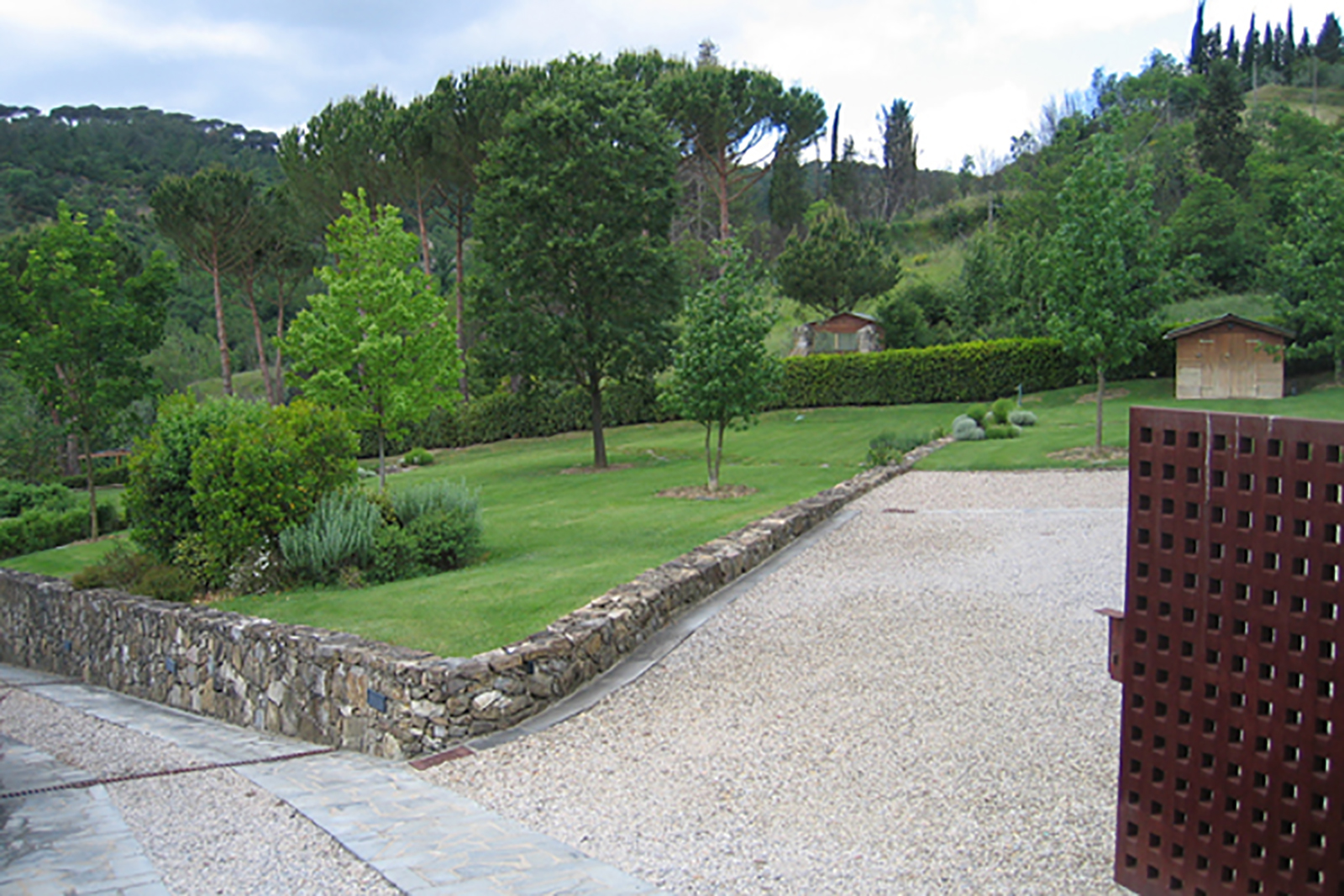 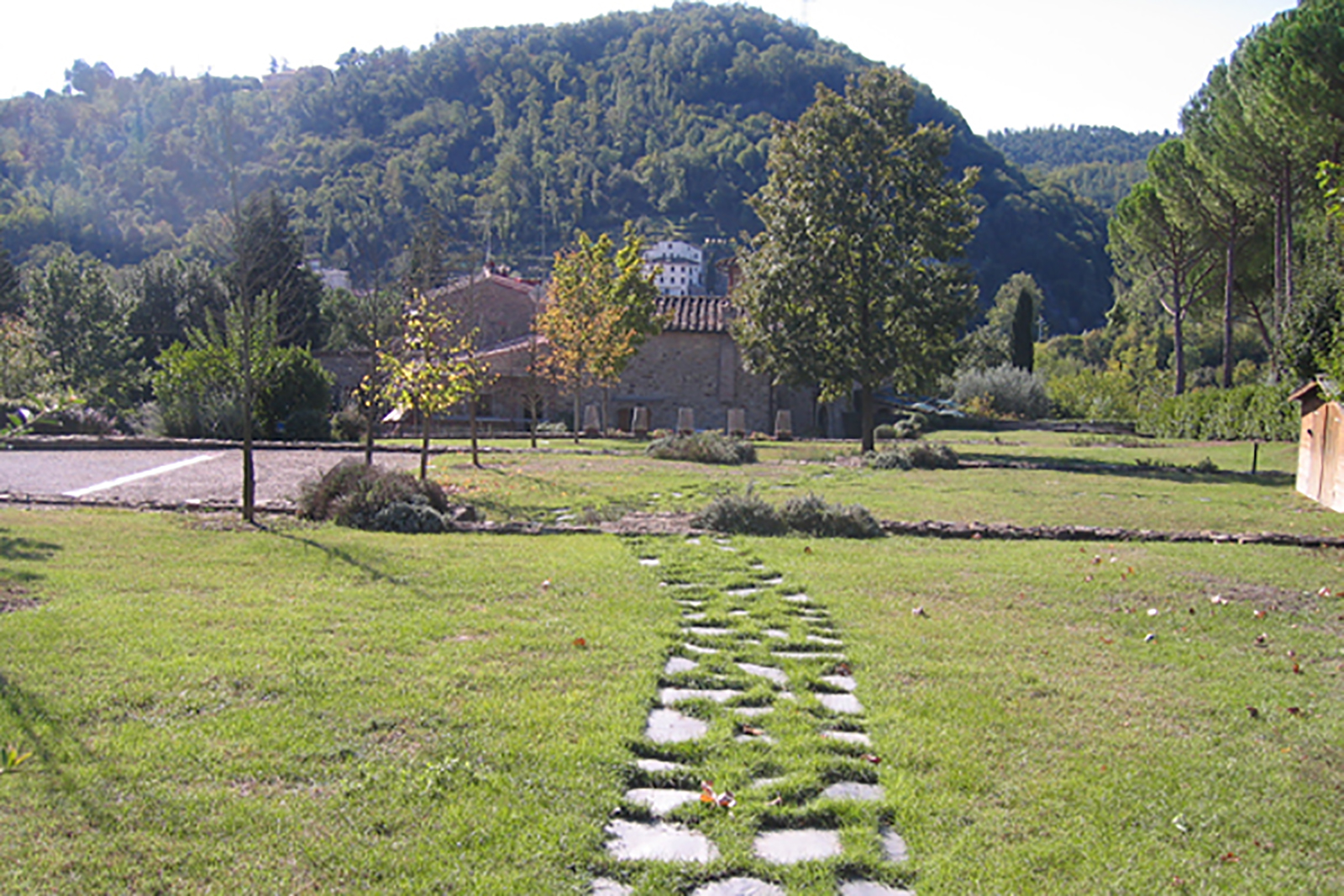 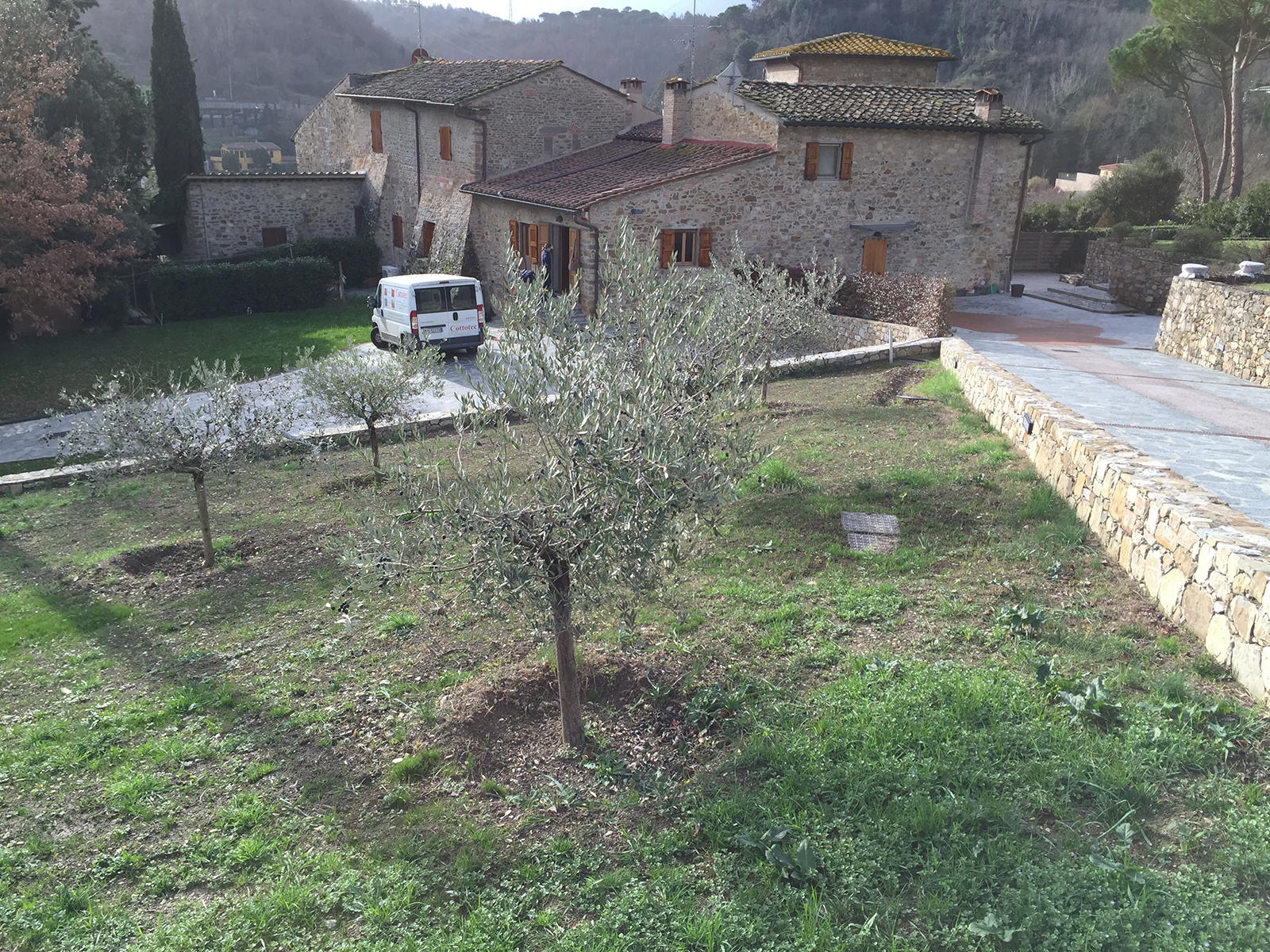 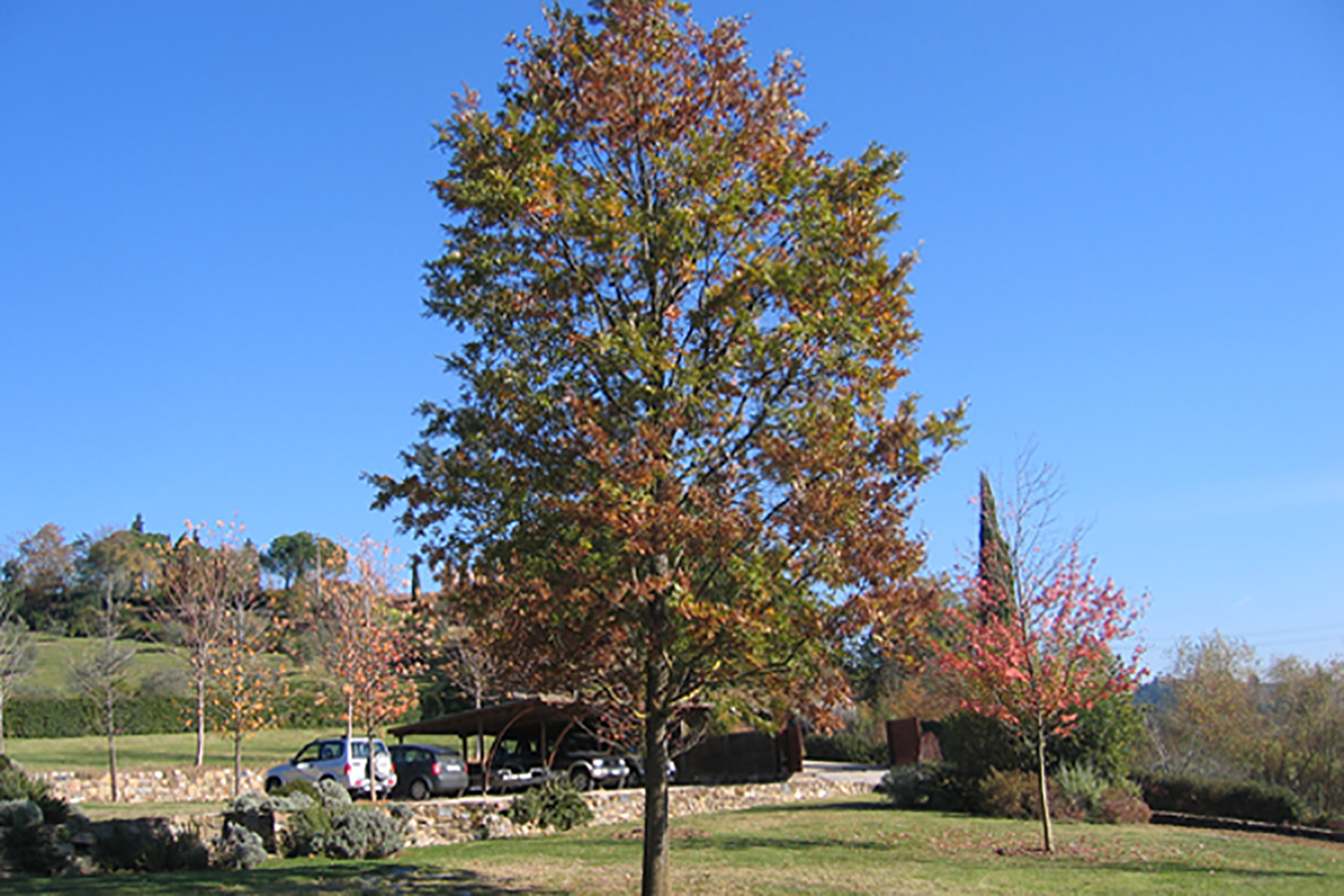 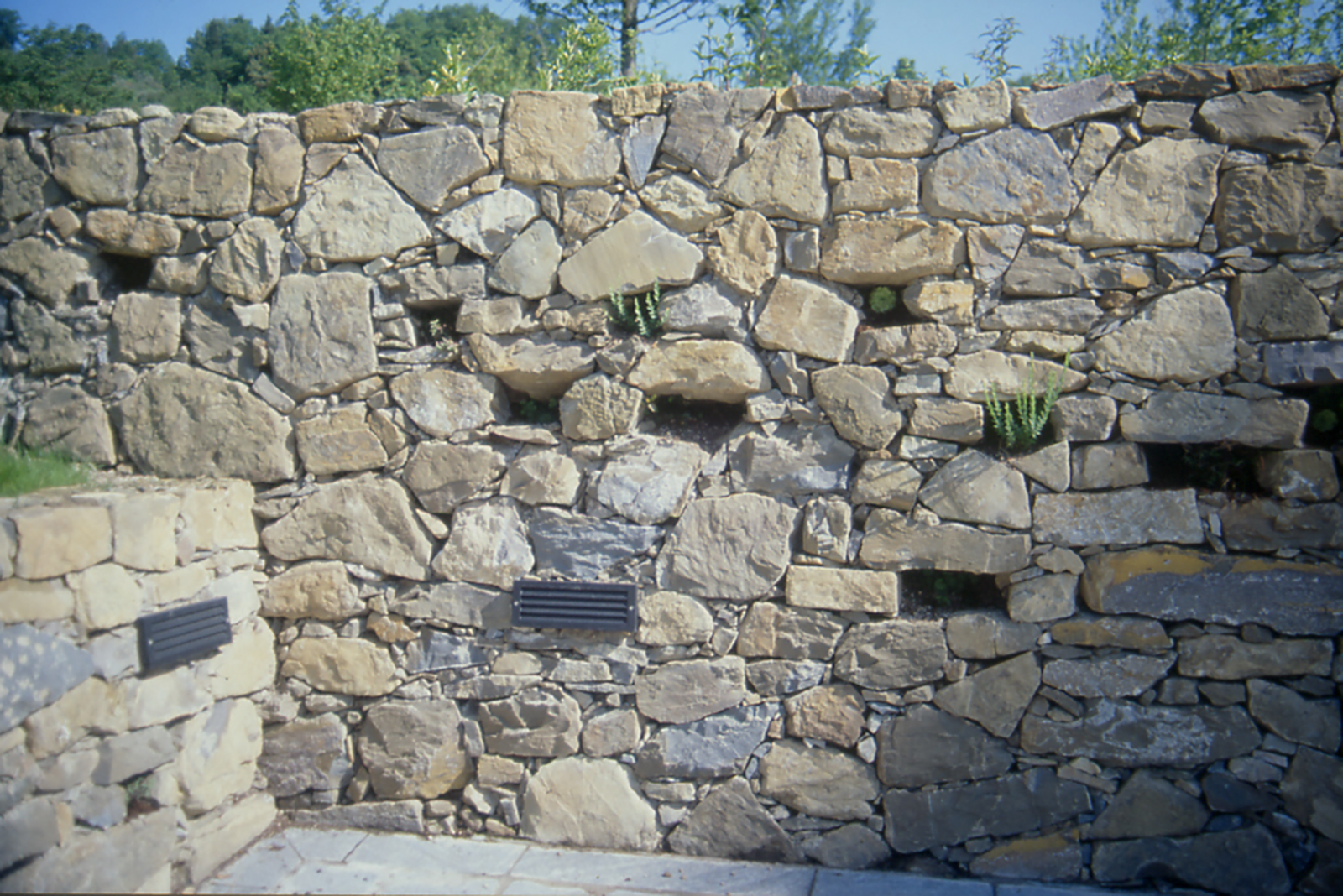 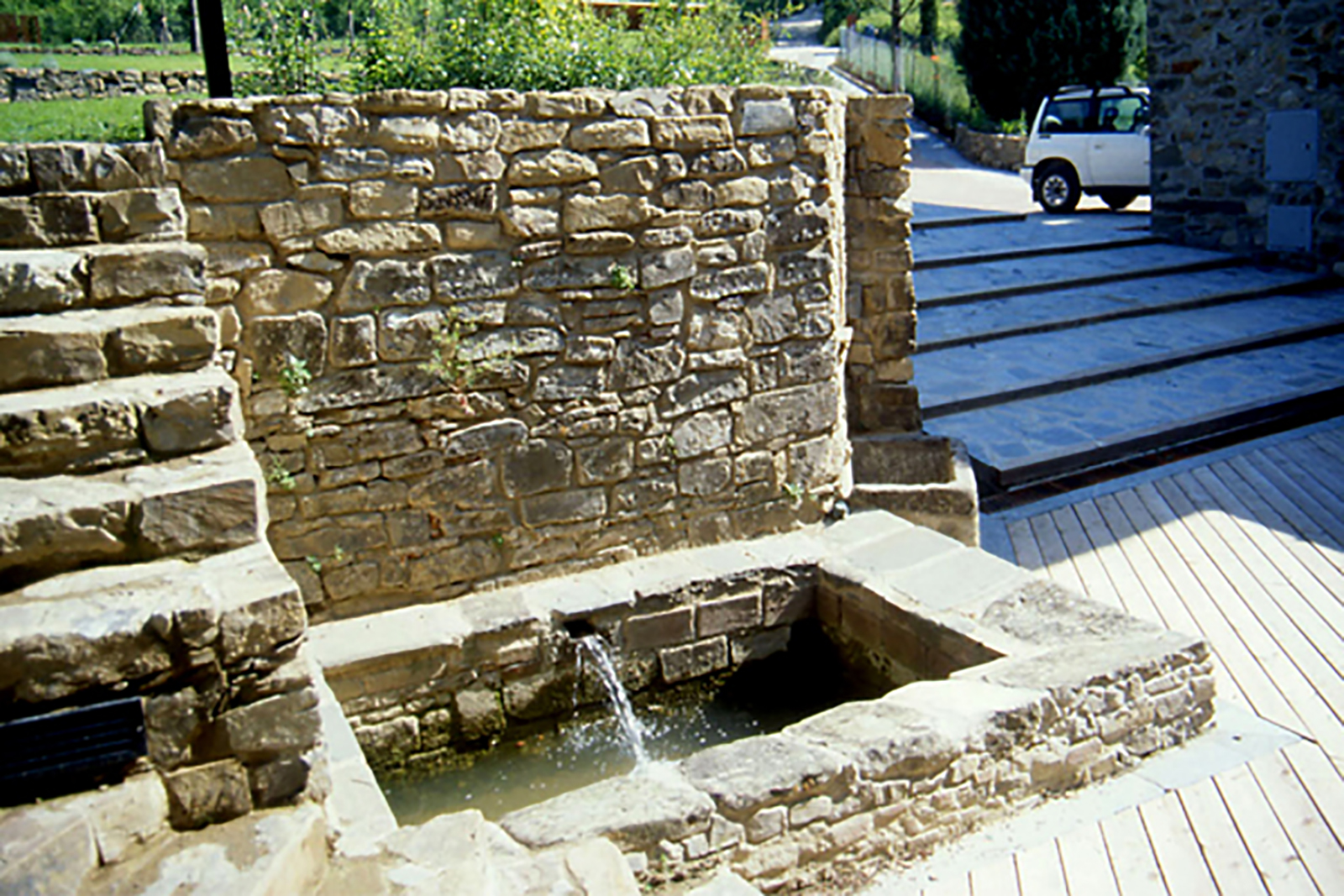